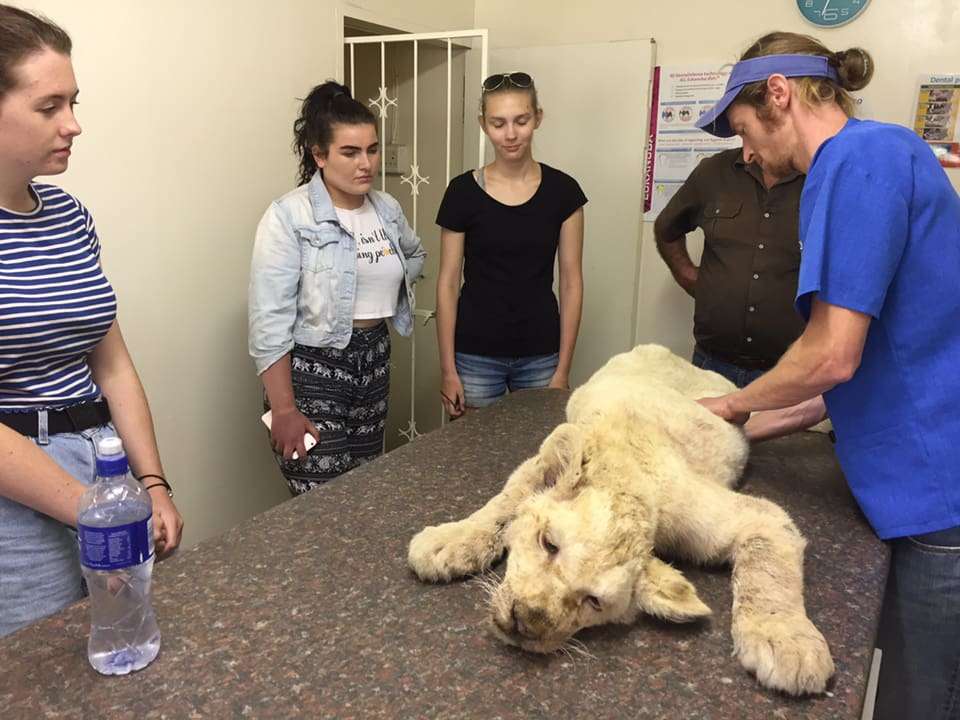 A relaxed morning turned into a critical care case for a lion cub today! 🦁
The cub had been reportedly in and out of ill health for a week so Safari4u went to assess it to help with a treatment plan. Upon arrival, staff member Alex, realised it was critical and the decision was made to take it to Wild Coast Vet… after collecting it from the ground with the rest of the pride watching!

Dr Roger recorded the TPR and it had a temp of 41.2 a heart murmur and rapid breathing so step 1 was into an ice bath to lower the temperature. Blood were taken to rule out parasites such as babesia (biliary) but once the temperature was lowered, the lion had only regained slight movement and was still limp and not blinking. Sadly, the decision was made to euthanaise.
A post mortem was conducted by the students and 2 things of note were discovered- the heart had a fatty covering particularly around the left atrium and both kidneys were extremely discoloured. Even with treatment, it was likely the state of its heart would not have allowed the cub to survive.

It’s a sad fact of wildlife veterinary work that once your patients show symptoms, it’s unfortunately frequently too late to treat anything, especially an internal condition. 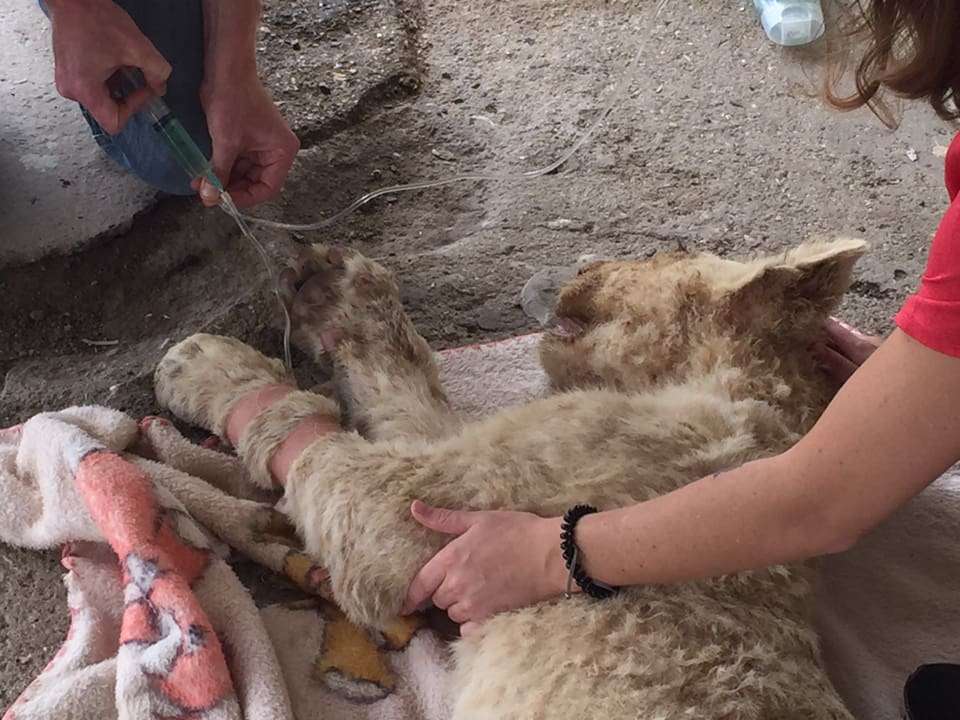 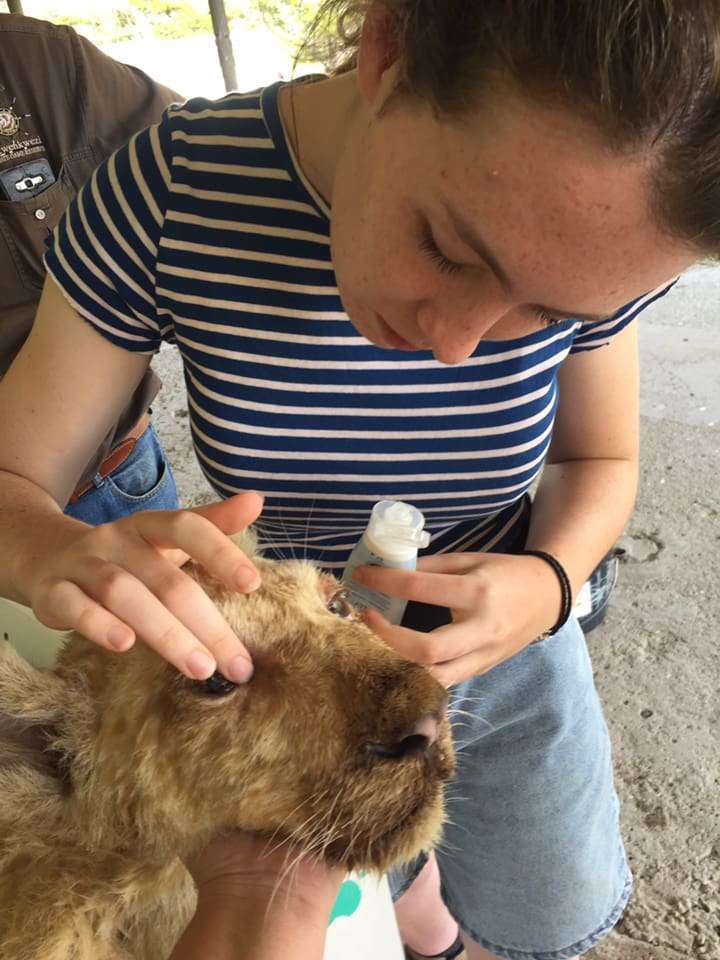 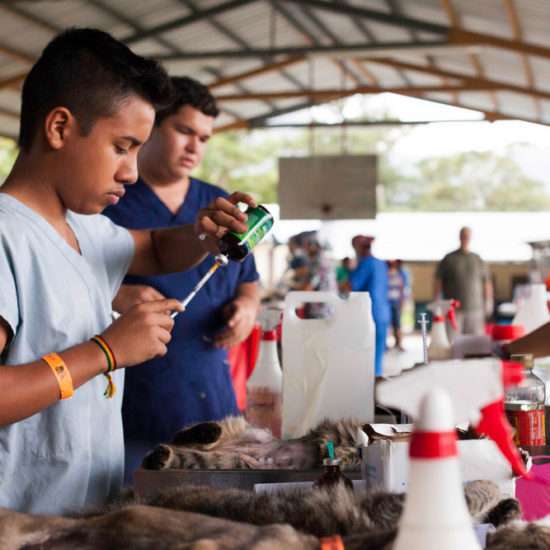 Spay and Neuter in Panama 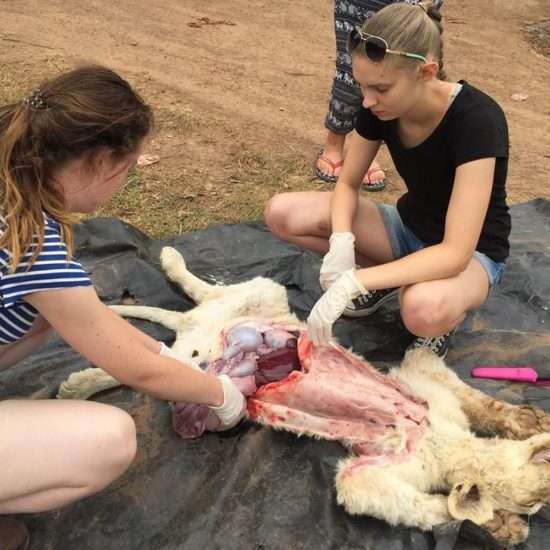 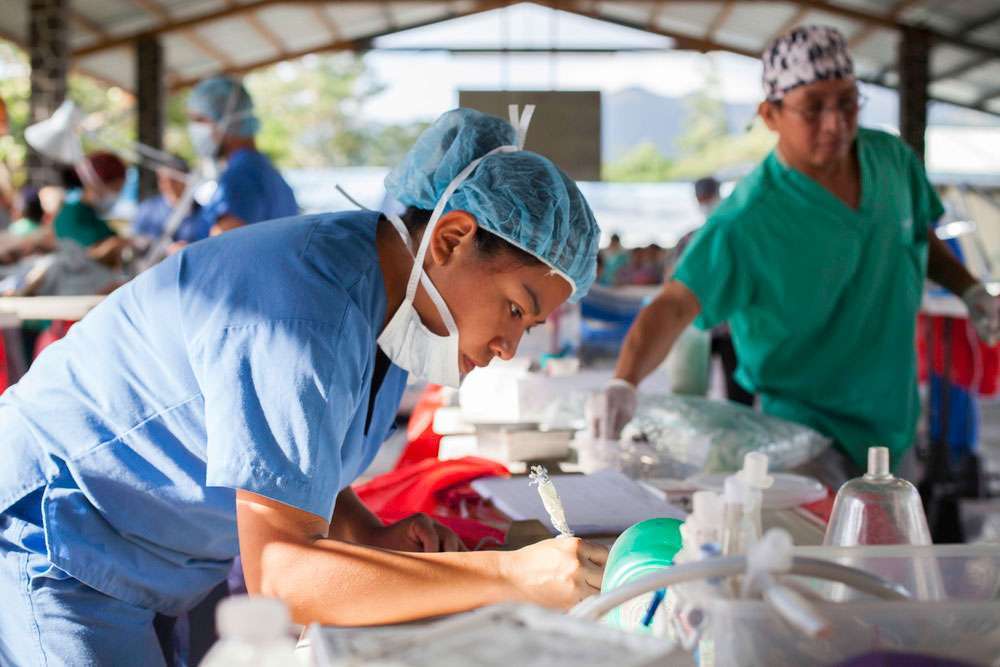 Warning: count(): Parameter must be an array or an object that implements Countable in /home/customer/www/globalvetexperience.com/public_html/wp-content/plugins/mikado-instagram-feed/lib/mkdf-instagram-api.php on line 242